When I started writing on this blog, I barely knew what a blog was. I had been working for 12 years for the same company that was about to go out of business, leaving me jobless, and an infant that needed major surgery. I had no idea what I wanted to do with my life, although I was already well into my 30s. 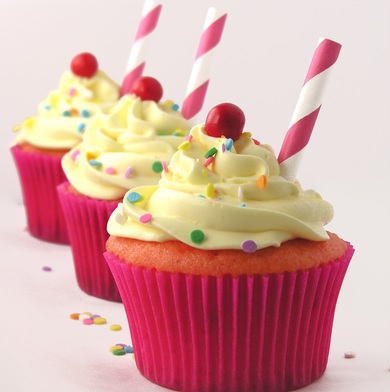 In the intervening five years, I had a job for 21 months that I liked that progressed into one that I couldn’t stand to stay with. Now I have finally settled somewhere closer to home that I hope to stay at for a very long time. My young son actually had to have two surgeries to accomplish what one should have done, but today he is happy and healthy and annoying me on a consistent basis, as any growing child testing his boundaries should be. (Doesn’t make it any easier though.) My family lost a dog. We have struggled, but I think that glow up there might be the light at the end of the tunnel.

Oh, and I wrote three books. And as I have said before, I don’t think I would have accomplished that if I hadn’t started emptying my chaotic brain out into this little blog first.

I welcome you to click on my comical categories or explore with the search bar my amassed collection of 520 posts. Don’t know where to start? Below are links to my most popular posts and some of my favorites.

And here is to the next five years. Make a five year plan, you say? I wouldn’t even know where to begin.

And, well, since I’m feeling like anyone who is reading this post deserves a little gift, here it is. I have talked about it for a while. This is as close as you are probably ever going to get to seeing me karaoke Vanilla Ice’s “Ice, Ice Baby.” Don’t ask me why I feel more comfortable releasing this on the Internet to a bunch of ruthless strangers than I do a roomful of drunks who would forget me tomorrow, but I do. It is a public speaking anxiety thing, which is rendered temporarily ineffective when confronted with audio or visual equipment, rather than a physical crowd being present. Hence, the Communications degree in Radio and Television Broadcasting. Oh, and remind me to disable comments on this video.

This is a long time coming. Years ago, I bought the karaoke track of “Ice Ice Baby” off of iTunes to practice with. But I still had no words, and that version cut off the third verse, which is my favorite and the one I am best at. At some point in the intervening years I Googled the lyrics and saved them on my flash drive, where they have traveled around aimlessly since. I found a karaoke track with lyrics on YouTube and made a practice video one day. That seemed like only a few months ago, Christmas maybe? Nope. That was last APRIL! I had the idea that this may be a great stunt for INSY’s anniversary…then my mom brain took over and I forgot until like Monday.

So, I had to cram. I have been rapping the words to this song for 26 years—some of them being the WRONG words. Oy. It is hard to untrain myself. I will always say: “Falling on the concrete real fast” as “Fallin’ on the concrete grill fat.” Mmm…grill fat. Anyone hungry for McDonald’s?

Comments Off on I’m Not Stalking You’s 5th Anniversary!

This week I learned that it feels good to reach a goal, and then to receive your reward for reaching said goal.

Per my blog post from August 18, 2013, I made a promise to myself that when I published my first book, I could get a cool “Writer” tatoo. And in the last few weeks, I did publish my first book “The Wind Could Blow a Bug” by Jennifer Friess (available everywhere on Amazon that good books are sold). I actually reached this goal a year later than I intended. But I promise you, the next one will not take that long.

So, here is the result.

To answer my asbestos friend, “Yes, I love it”.

And even if I were to stop tomorrow and never write another word again, I am a published author.

I have sold a few copies too. Woohoo!

Purchase as a Paperback or eBook on Amazon.com TODAY.

Posted in A day in the life, What I Learned This Week and tagged author, bad ass, blogger, goal, published, reward, tattoo, writer. Bookmark the permalink.

Here are the rules, as passed on to me:

I want to say thanks to halfpastnormal for nominating me for this award. (I was beginning to get a complex about my lack of awards.) I think I may have hooked her with my blog about Jem & The Holograms. I really enjoy both the writing and layout (photos, links, etc.) aspect of creating my blog. So far it seems kind of silly, but I sort of believe that if I do my blog and it makes me happy, that in the end there will be some greater purpose to it.

OK. Enough with the mushy. Fifteen blogs seems like an awful lot. And one of the blogs I follow nominated me, and then another blog I follow got nominated the same time I did, so it doesn’t seem fair to give her another. So, here all the worthy blogs I could muster to pass along this prestigious award to.

A Hundred Years Ago

7 Random Things About Me? (Everything about me is random.)

1. I love chocolate.
2. I mis-match my socks.
3. I have never been to Cedar Point. (If you live in the Southeast Michigan/Northwest Ohio area as I do, this is a very big deal.)
4. I try to never carry a purse.
5. I am a dog person.
6. I like the movie Dirty Dancing.
7. I think this award fits my blog well, because it is very versatile. (My blog is all over the map, subject-wise.)