I dreamed last night that I went to Taco Bell for a caramel apple empanada. When I got there, they were revising their menu and most of it was covered over in pieces of cardboard. My delicious, sweet, fried empanada was no longer there.

It made me sad. The dream was very realistic because usually my favorite foods get discontinued. Does anyone else remember Kraft having frozen meals? I was particularly fond of the ravioli filled with mozzarella. There is a great family (meaning just my mom and I) story about me turning around quickly in the kitchen and all the ravioli and tomato sauce slopping off the plate with the centrifugal force my body created. Man, what I wouldn’t give for that plateful of cheesy, tomatoey gooey goodness one last time.

At McDonald’s? Chicken nuggets have stood the test of time, with varying degrees of quality through the decades. A Big Mac, supposedly their signature sandwich? I could care less. I only ate them when I had a year’s worth for free. Even then, I had to order it without the special sauce. But their apple pies? Oh, how I loved those. And no, not the BAKED doughy version they have now, filled with apples slices that are too large and topped with a pile of cinnamon. I love cinnamon, I truly do, but I don’t want it all piled in one spot on top. 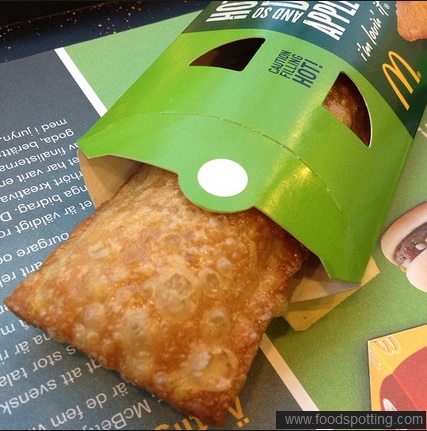 Oh God, I would give my pinky toe nail for one of those right about now.

No, I loved the McDonald’s apple pies of my youth. I believe they went by the wayside in the early 1990s. They were fried, because the outer shell was all golden and crispy. The texture was all these tiny little air bubble bumps along the outside. When you bit into it, it crunched with deep-fried deliciousness. Usually you also burned your lip on the steam, if not on some of the extra-sweetened apple goo that would get stuck to your lip that would continue to scald until you could manage to lick it off and burn your tongue in the process.

Inside were diced apples, all uniformly sized in their heavily processed form. It was the definition of DESSERT, as much as you can have without chocolate anyway. It wasn’t a half-assed attempt to make your dessert healthy, with the baked and the less sugar nonsense.

The caramel apple empanada dream upset me so because that is the closest thing I have found that I can still get that reminds me of the old McDonald’s apple pies.

I am apparently not the only one still pining for this fruity delight. There are recipes all over the Internet trying to duplicate the taste and consistency of the original: you can find one here. I am afriad of hot grease, so my attempting it seems highly unlikely. There are still infrequent fried apple pie sightings across the United States, but they seem to be harder to find than a needle in a haystack. 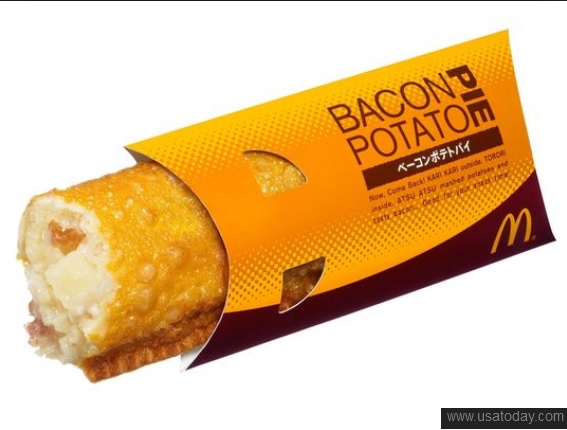 Holy crap! Look at what they serve in Japan. I would totally try that.

Now go on about your day. Just try not to think about the crunchy, gooey deliciousness that you can no longer have. Because you can’t. It’s gone. It has gone by the wayside, just like MicroMagic cheeseburgers and old Wendy’s French fries.

Now you can’t stop thinking about them, can you? Your mouth is watering. It would be a great trifecta of garbage food filling up your stomach. Excuse me, I need to take off now and, um, drive thru, I mean drive to the store. Yes, yes….that’s what I meant…

This is a new feature I am starting where I reminisce about old products that I do not want to be forgotten to the tunnels of time. Most of my first submissions will probably be food-related. There is nothing like the empty hole that is left behind in your kitchen when a delicious food product disappears from store shelves.

Do you remember MicroMagic frozen food? Because I do, very fondly. 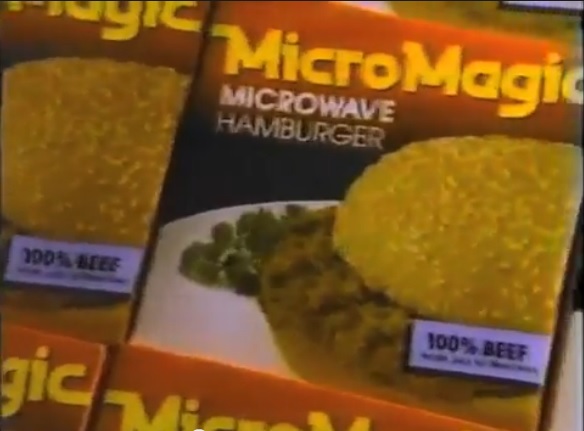 MicroMagic products first appeared in the frozen food section of stores in the 1980’s. There were MicroMagic hamburgers, cheeseburgers, chicken sandwiches, french fries, and three flavors of milkshakes.

It was a perfect trifecta of 1950’s car hop food: burger, fries, and milkshake. It was something you expected to see on the tray of Richie Cunningham’s car outside of Arnold’s on Happy Days (there were more external scenes during the first season or two of the show).

EXCEPT YOU PUT IT IN YOUR VERY 1980’S MICROWAVE OVEN!

It was like going to McDonald’s, without leaving your home.

There were several years of my life where my main food source was MicroMagic cheeseburgers. I bought them far more than any of the other products. I was a latchkey kid, so I would eat them before my mom got home from work, or for lunch during summer break. Sometimes I ate them for weekend lunches. 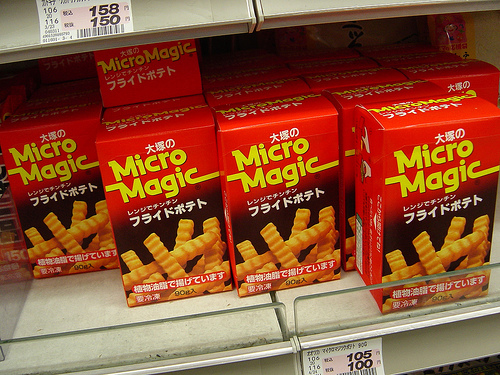 FYI–The ones I bought only had English on the packaging.

I liked the fries as well. They were sold in three packs. Two boxes of fries often counted as a meal for me.

I probably only had all three (burger, milkshake, fries) together probably once. The milkshakes were kind of a waste of money. I mean, it was a cup of ice cream that you put in the microwave to partially melt it. And I seem to remember it tasting a bit like ice milk. Although sometimes it was fun to eat the fries and chocolate milkshake together and dip the fries into the ice cream. 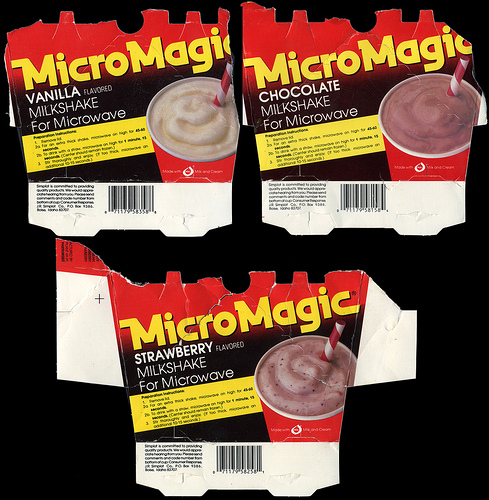 Chocolate was the only option for me.

While I remember them fondly and wish I could consume them again, I have to admit that they did not come out of my microwave at the height of quality. If I followed the package instructions, the burger would still be cold in the middle. So I always over-nuked it, which led to a hard top bun and the cheese melted off everywhere. But it tasted like a burger, complete with fake smoke flavor.

The fries came in a cardboard box that was lined with silver coating, so that they would attempt to get crisp. The fries could be soggy or over-crisp, depending on how long you cooked them. They were always kinda greasy.

Seeing as I was a middle school kid who wasn’t old enough to drive and had no fast food place in town to walk to, this was as good as it got.

I haven’t seen them on store shelves in years. I searched the Internet, but cannot seem to find out anything about what company used to make them. Some similar products exist today to give you a sense of how awesome they were. I will talk about that in my next post on Thursday.

I searched all over YouTube and found a few MicroMagic commercials for you. I will appologize now for making you crave a product that is no longer available.

100% Real American Cheese! (Whatever THAT means!)

[TV Trivia: The guy with the girl in the last commercial with the dark hair is probably actor David Kaufman. I remember him most from a show called Dweebs also starring Peter Scolari and Corey Feldman.]

I had a dream. A dream to take the cooking time out of bacon preparation. A dream to eliminate the walk to the back of the store for pre-cooked bacon in a box. My dream was to hang bacon right next to the beef jerky in a convenience store near you for easy, on-the-go snacking. I was mentally preparing myself to build this empire.

…Then I saw that Johnsonville had beaten me to it. Beaten me to my convenience junk food dream. And I found this out at the dollar store, no less! What a sense of disappointment, jealousy, and failure I now feel. 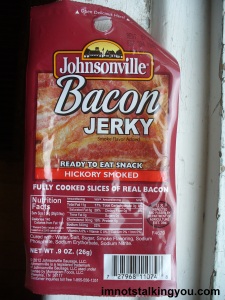 Damn you Johnsonville, for thinking of my idea before I did!

What I learned this week is that I am always a day late and a dollar short.