My gramma used to live on the top floor of a 7-story apartment building. I would stand on her balcony and watch the residents and visitors come and go from the parking lot below. I could also see the busy 5-lane road that served as her building’s address.

Across the street was a shopping plaza. It did not contain some of the busier stores in town, but there was lots of traffic that passed by. At the very front of the plaza was a tiny gas station, back when they still made them that way. It had two old-school square pumps out front. I believe it may have even been full service.

But you have to remember, this was probably 25 years ago.

The gas station closed and sat there empty for a long time. And that is when I developed my business plan.

I wanted to someday use that building to open Jennifer’s Wiener Hut. At the time, there were many restaurants along that road. And being at the front of the parking lot right near the street, I would have had great frontage.

I would have put a drive-thru on both sides of the building. This was pretty forward thinking for my age at that time, as I had never seen a Rally’s with that set-up. I would have had my sign be a giant hot dog at the top of the building that said “Jennifer’s Wiener Hut”.  It would be drive-thru or walk up only, no indoor seating. 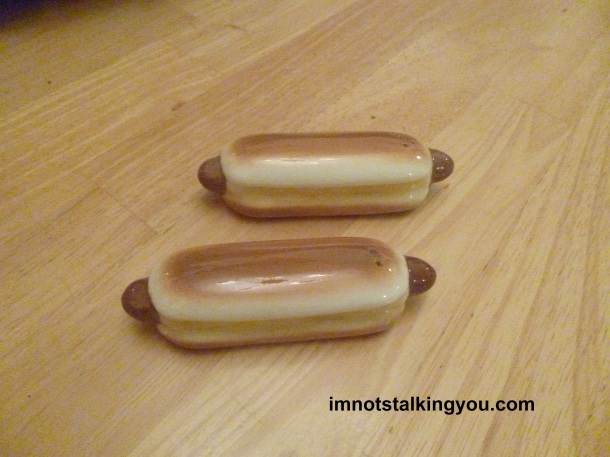 I would have served hot dogs and sausages. I would have offered chips as sides. I figured I could offer almost anything on the menu as long as it didn’t require a fryer. (I’m scared of bubbling hot oil.)

My restaurant would be known for getting the cars in and out fast. (This would be an advantage of having a limited menu.) People with only a half hour for their lunch would think of my restaurant first. People who were in a hurry would be my target customer. Unfortunately, that would make for a rather crabby customer base.

It’s not that I think hot dogs are the greatest food of all-time. They are not. Although they are a great food choice for picky eaters at a fair or festival. And sometimes a hot dog just hits the spot.

Although, according to the book “Never Put Ketchup On A Hot Dog” (I used to send copies of this book out to stores at my old job), I am sacrilegious because I usually only eat ketchup on my hot dog (and sometimes onions). But, as my mom would say, “Hot dogs are just made of the leftover parts the meat companies can’t use for anything else”. So why should it matter what way I choose to consume it?

I love hot dogs the most because of the kitsch/camp factor. Hot dog advertising over the years is so cute and happy. Just picture the smiling, dancing hot dog with his friends popcorn and fountain pop on the drive-in movie screen. And think of the Oscar Mayer Wienermobile. (But that is a whole post of it’s own. Someday.)

Over the years I have purchased items with hot dogs on them, and in the back of my mind I always thought maybe I would use them someday in my hot dog stand or as a decoration on the shelf that would go around inside my stand, up by the ceiling.

On Mackinac Island, there is a yellow hotel across the street from the Straits of Mackinac. It has a little hot dog stand in front of it between the street and the water painted up yellow and white, just like the hotel. I took a picture of it so that I could remember it as a model for Jennifer’s Wiener Hut. 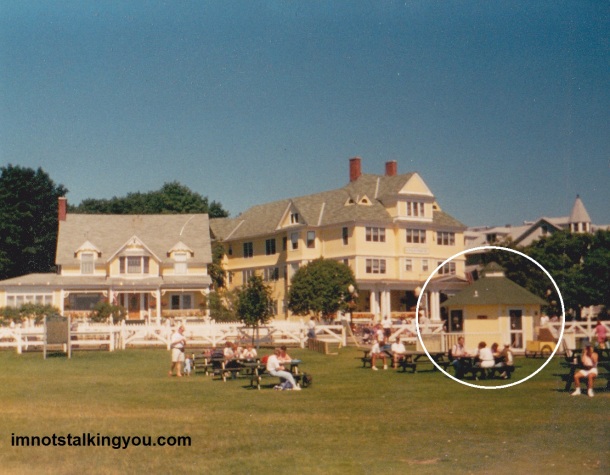 The gas station I dreamed of converting is long since torn down. But I still think it is a good idea. And because I would be the owner, I would hire other people to actually work in the hot, steamy, tiny kitchen. I would just beam with pride that I own a business with my name on it and am making money from it.

And if the hot dog stand didn’t work out, I could use the same name for a male strip club 😉