On Tuesday I promised you a fabulous surprise this week.

As you know if you have hung around here any amount of time, I usually always release an excerpt or two of my latest book around it’s publication date. In case you didn’t know– 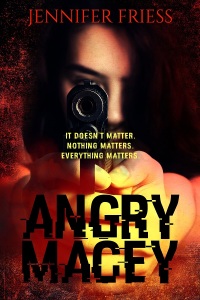 I decided to change things up this time, as this is my FIFTH book release and all.

I created a video of me READING it to you.

Remember, even though I studied radio, I am a better writer than a reader.

If you can’t wait until Tuesday, you can pre-order the eBook right now at the rock bottom price of only $.99. Click here!

Check out the video below…

Your past shapes you. It can’t be undone.
ANGRY MACEY
Available for $.99 Pre-Order

Sorry I have been MIA for a few weeks, but that is because I was working on many fabulous things for you!

Angry Macey will be available one week from today on Tuesday, October 24, 2017. If you are a Kindle fan, you can go ahead and pre-order her right now for the limited-time special price of only $.99. This offer won’t last long.

I present to you the Angry Macey Official Book Teaser Trailer.

(NOTE: Keep an eye out for a Barfey cameo and the I’m Not Stalking You logo!)

And stop back in later in the week for more surprises and free exclusives!

Your past shapes you. It can’t be undone.
ANGRY MACEY
Available for $.99 Pre-Order

I first discovered this word a year ago, but I have actually been doing it all my life. It is kind of like when I discovered the word shipper.

All my life whenever I am near railroad tracks I hope that a train will come along so that I can watch it go by. It seldom happens. Unless you work for the railroad, you don’t have anyway to know when a train will arrive. I love to listen to the cars as they thunder by, their couplings creaking with each variance in the track. I was fortunate enough to live near railroad tracks for half my life. But it was not a busy track.

This, my friends, is not a problem in Fostoria, Ohio. It is known as the Iron Triangle because so many trains (around 200 per day, I have been told) travel through the city. Fostoria has built a great rail park within the triangle where you can just sit and watch the trains go by. I was really impressed with the facility. There was a small roof for shade/rain protection, speakers that played the latest scanner communications, and a very well-kept bathroom. We must have seen about ten trains pass by in the few hours we were there.

Here is a new video I uploaded on my YouTube channel of a Norfolk Southern double-header passing by.

If steam engines (and possibly ones from the island of Sodor) are more your thing, watch this video of mine that already has over 2,900 views. And please like or subscribe or whatever it is people do over there on the ‘Tube. I am old. I can’t keep up with the young whippersnappers anymore.

The other day I happened to have on America’s Funniest Home Videos, which I rarely watch. My son sat next to me on the couch, constantly asking, “What happened? What happened, Mommy?”

There are only so many times I can answer, “He fell down, honey.” 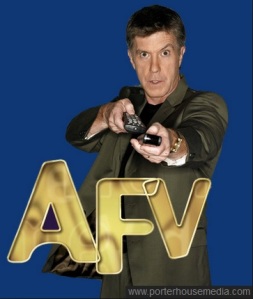 There was a time when I thought that America’s Funniest Home Videos wold run out of material.

Wait, listen to me before you judge. It was a past century, a very different time.

When the show debuted in 1989, the viewing audience sent in their videotaped bloopers. At that time, not every household could even afford a video camera. And not everyone who owned one captured something funny enough for the show. Then, in a cash grab, people went through their old 8mm film looking for comedy gold.

But, at some point, I figured people would run out accidents from the past to send in. And there was no way recent footage could keep up with the demand to keep the show on the air, right?

I didn’t foresee the birth of the smart phone. (If I had, I would be sitting here naked in a pile of money right now.) People overnight were able to capture absolutely every single second of their lives in a file of moving pictures. I mean, look at the tragedy of 9/11/2001. BOTH planes crashing into the World Trade Center were caught on tape.

Falling down has gone from being shot on film to recorded on video tape to saved in a file. No more worrying about that pesky trip to the post office to ship your bulky old black plastic VHS to California. Now you can just email the footage for free. The evolution of earning money for clumsiness in the last three decades is staggering.

Speaking of AFV, I have always wondered why the audience dresses up in suits and fancy dresses. Am I the only one that thinks that is bizarre? It is a show a show where people obtain groin injuries for others’ entertainment. Are the audience members planning to dine at a hoity-toity restaurant after? AFV is always promoting Disney. Couldn’t they just have some tourists from Disneyland file into the studio wearing their shorts and Hawaiian shirts and ball caps? (Confession: I have never been to a Disney theme park, but that is what I imagine the people all wear.)

Please check out my updated EVENTS page, as I have just added a few new ones for this year.

And speaking of events, I have a NEW CONTEST running where you can win a pair of passes to the GREAT LAKES BOOK BASH October 10th in Kalamazoo, MI. Winner provides own transportation and/or lodging. See contest for complete rules. Contest ends September 15, 2015.

The creativity of the average, unsung human just amazes me. We are all creative in our own ways. I love it when people put their time and energy into something to make it great! …And share it with the world on YouTube.

This week, by accident, my son and I stumbled upon a great collection of amateur-made (but very well produced–good music, good narration, stop-motion, special effects) Thomas & Friends adventures. And it turns out one of his friends is: Tom Moss, the naughty prank engine.

My 4 1/2 year old son loves trains and still loves Thomas, but, admittedly, he seems to be tired of watching the same old adventures on Netflix and DVD. Tom Moss is a great addition to the old characters to spice them up. Also, since it is not made by the actual Thomas people, special guest stars show up, such as the Minions & Scooby-Doo.

To check it out yourself, click on the video below.

I went so far as, unknowingly to my son, to make our own Tom Moss and hid it in his room in a tunnel. 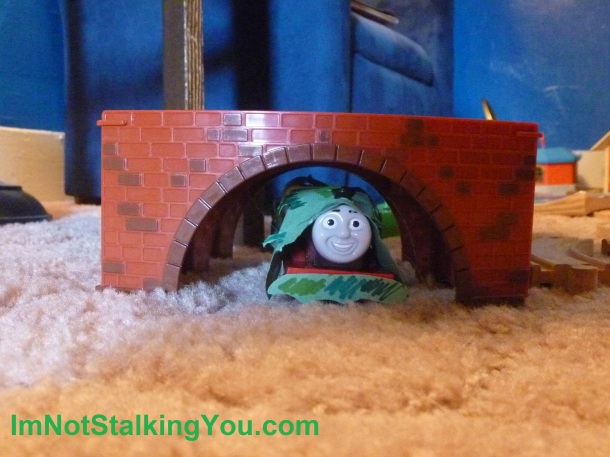 He came downstairs like “Where did this come from? I can see the red. I know it is Rheneas.”

Some thanks I get for slaving away with construction paper and scissors.

Version 2 of a homemade buffer for Thomas & Friends Wooden Railway

He was more excited when I made him a new buffer. I was hoping this new design would be more durable than the previous one (read about it here). But, alas, it seems not to be. He does use it in every track set up he makes. 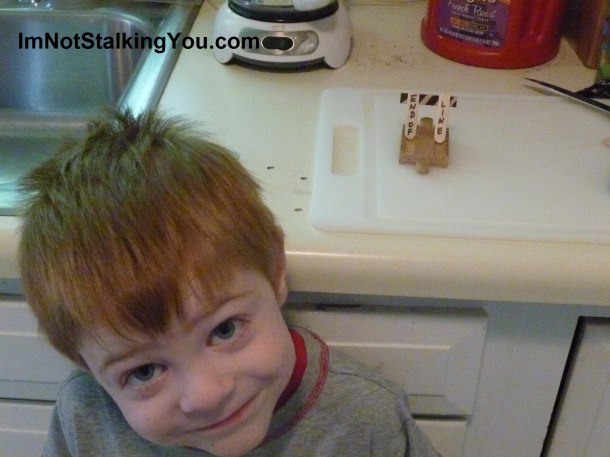 Follow the romantic entanglements of The Riley Sisters in my books:
The Wind Could Blow a Bug ON SALE for only $.99 for a limited time & GIVEAWAY going on over at Goodreads (ends August 15, 2015)
When You Least Expect It AVAILABLE NOW!