I found my new favorite movie on Netflix the other day. It is called “Magic Beyond Words: The J.K. Rowling Story.

I will say right off the bat that this is an unauthorized biography. So all the facts are probably not 100 percent true. They may have had to make up situations to string together actual events. It comes across in some spots as cheesy and sugar-coated. And it is a Lifetime movie, so there is the requisite woman getting knocked around scene.

But the end result is like a Cinderella story for aspiring writers.

At the end of the movie, we are given the info “In three years, J.K. Rowling went from being a welfare mother to one of the richest women in Great Britain.”

That just astonishes me. 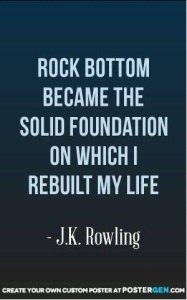 The movie is loaded with suppositions about where Jo Rowling may have gotten her inspirations for Harry Potter. Her best friend in high school is a boy with red hair that she labels “weasley”, whose car looks like someday movie magic might make it fly. Jo’s school teachers bear more than a passing resemblance to Professor McGonagall and Professor Snape. 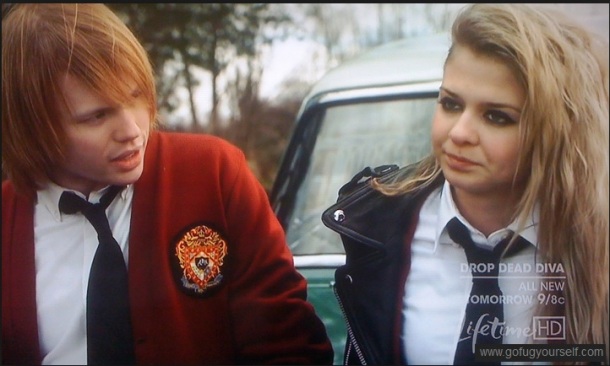 I was surprised at all the money Lifetime put into the movie. There were several special effects shots to illustrate Rowling’s creative process. There was everything from a symmetrical building turning into Gringotts bank to chess pieces engaging in physical battle with one another to candles floating above her head as she pecked away on her ancient typewriter.

The movie shows the joy as Rowling receives her first book advance check. She is seen buying her toddler daughter a giant teddy bear. And maybe, just maybe, that would be the first purchase. But I bet a close second was the purchase of a computer. That would make working on her follow-up book immensely easier.

The movie portrays Rowling as always wanting to be a writer, but she was influenced (mostly by her parents) to have a practical career. Then her writing suffered, never more than just a hobby. When she put all her concentration into it, that is when she became successful. I can highly relate to that.

If you only think of your writing as a hobby, that is all it will ever be. And if you are convinced that you need a practical career and writing isn’t it, then writing will never be your career.