RSS Feed
← My All-Time Favorite Book: Safe As The Grave
A Cry For Help →

This week I learned that my son loves Easter egg hunts. 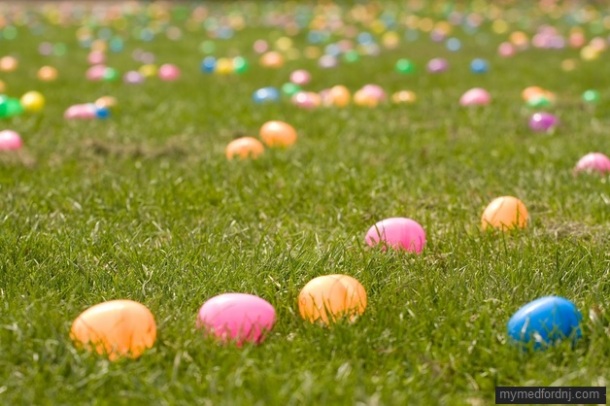 Last year, he was almost 2 1/2 years old. He really had no idea why we wanted him to collect plastic eggs.

This year, he is almost 3 1/2. I am still not sure if he got the connection that eggs=candy or stickers or money. But he knew he had to grab as many as possible.

While all the other kids at church were lined up on the bright Easter morning, patiently waiting while the pastor explained the boundaries of the egg hunt, I had my arm around my son holding him back as he screamed at the top of his lungs and waved his camouflage Easter bucket in the air.

He didn’t used to be like this. He used to be unsocialized, unsure of new situations. It is amazing what a few years will do.

Next we went to his Grandma’s house. There they color-coded the eggs, to ensure all the goodies were evenly distributed between the three participating children. It was a good system. Except my son had already tasted the glory of grabbing as many eggs as possible. His father and I had to reel him in a little.

He also spent his day playing like a crazy boy with the other kids in the church nursery, and playing outside with his cousins.

I think he might like Easter better than Christmas. Where we live, it is too cold to play outdoors on Christmas!

Posted in What I Learned This Week and tagged candy, Chocolate, church, Easter, egg, family, hunt, kids. Bookmark the permalink.
← My All-Time Favorite Book: Safe As The Grave
A Cry For Help →