Recently, we went to The Monroe County Fair nearby. This is what I learned: 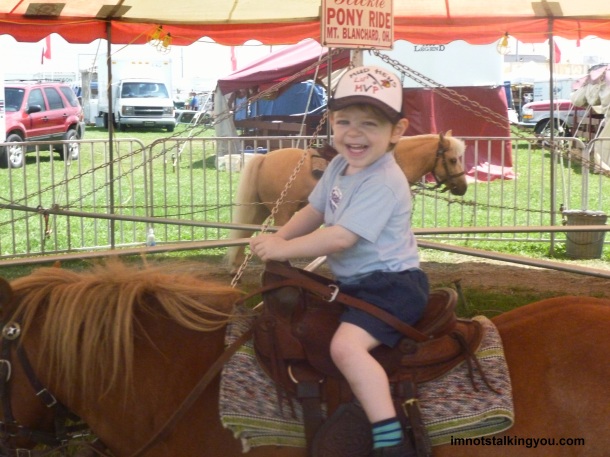 Touching a real, live Wallaby is just as awesome as I had always dreamed. (Now I just have to figure out how to get one in my home as a pet.)

A sheep will try to eat anything, including my shirt. While I am still wearing it.

Kids love Tow Mater from Disney/Pixar’s Cars as a cartoon and as toys, but in real life he is scary. (My kid was not the only one who was too scared to stand by his giant buck teeth, which were as big as the children’s heads!)

The Little Smokey steam train that gives rides around the parking lot is a lot rougher ride now than it used to be 15 years ago. (It could not possibly be because I have gotten 15 years OLDER.)

My kid loves riding the ponies.

It is actually possible to go to the fair and have a good time and not spend much money. (Especially when your child is too short to ride the carnival rides

Chocolate covered bacon is BETTER than I could have imagined. (Note to Self: Figure out how to make it at home myself.)