WHERE ARE MY TWISTERS! 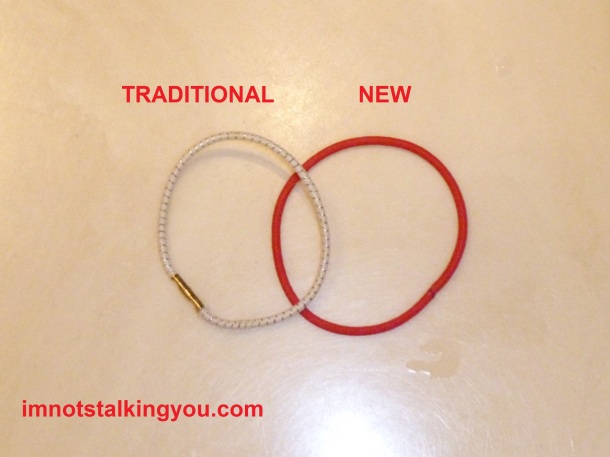 I have used the same type of Goody hair twisters (that is what we always called them at my house), A.K.A. ponytail holders, since I had enough hair to put into ponytails. The good old, tried and true design. It was a cloth covered elastic (usually the cloth was some sort of primary color), then had a gold accent wrapped around the cloth. Finally, a little metal crimped piece held it all together. Sure, after repeated uses, eventually they would get too stretched and need to be thrown away. But that could take years! They lasted forever!

Now Goody makes crappy new ones that they call “Elastics”. Funny, because isn’t elastic supposed to return to its original shape? These elastics just get bigger every time I use them. I had to wrap the traditional ones around my hair 3-4 times. The new ones are 4-5-or-6 times. I have fine hair. Even using all of my hair, it makes a rather small ponytail. If I make two (yes, I know I am too old, but I still sometimes do), then they are even smaller. Now there seems to be some trend to make twisters that can double as a bracelet. SAY WHAT?!? They have a metal accent on them that is an inch or two wide. MY PONYTAILS ARE NOT THAT WIDE! And either wear it in your hair or on your wrist. Don’t be so damn indecisive.  And I have a nickel allergy, so I would never wear them anyway.

Maybe this is the company’s goal: To make a product that does not last as long to promote repeat business.

I realize I have probably missed the acceptable window of time to bitch about this. I am down to three of the “traditional” twister designs left in my house. And I am sure my mom probably gave them to me (Probably when she had cancer and was losing her hair and thought she was dying….see here and here) and she probably had them in a bathroom cabinet for a good 10 years before that. So, I am too late to even hoard the last of the supply (as I did with Hostess Little Chocolate Donettes–still have some in the freezer).

Goody calls themselves “America’s #1 Elastic”. That is because they are the only elastics on the shelves of every major department store that I visit! I would buy a competing brand if it was made in the old style. I even checked at the dollar store, hoping they might have a more “traditional” twister. No luck. Maybe I should try Kmart. They are usually the place to look if you want to find something that hasn’t been in stores in 10 years. (Sorry Kmart, but it is totally true).

The new twisters also tend to slide out of my hair after several hours. There is no texture to them to provide grip as the traditional ones had. There is no metal to provide traction, as the traditional ones had. Why do they not sell them anymore? Is it a “broken hair” issue, because I really couldn’t care less if my hair breaks off. I grew up in the 80’s, when every chick bleached, permed, curling ironed, and hair sprayed their coif daily. What is a little piece of metal going to do compared to that! I did manage to find these today and purchased them. I hope they will stay in my hair. I would have bought smaller diameter ones, if they had been available. 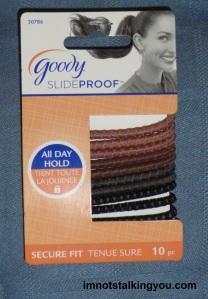 Found these at the store today. I will give them a try, but do not have high hopes.

My mom says to just use rubber bands. This is the woman who for years has told me how when she was growing up her mother used rubber bands in her hair and they pulled it. She has a story about the rubber band breaking on her. SHE is the one all these years that convinced me that I was too good for plain rubber bands. SHE is the one who trained me to buy this product that no longer exists.

I did find a spot randomly on the Internet (I will be darned if I can find it again), where lots of people talked about twisters made out of a pantyhose type substance, but smaller in diameter. They said they could be used again and again without stretch, they don’t break, and are supposed to be better for your hair. Someone said they bought some in that style from Ulta. I checked Ulta.com, and this was all I could find that seemed even close to that description: 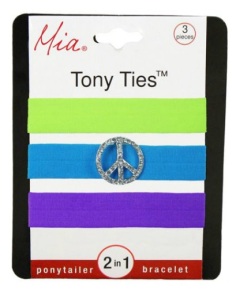