This week I learned that the going rate for used cars these days in Southeastern Michigan is around $10,000 for 100,000 miles.

Considering I was looking for a car with less than 100,000 miles and had no money, I found that rather disconcerting. I also wanted a car newer than 2004, and that sat high.

As many of you know, my dream has always been to own a Jeep. At the first dealership we visited, there was a Jeep! A CJ-5. That was manual. From 1975.  And not for sale. It turned out it was the salesman’s car. We still somehow scored a ride in it from him around the parking lot. He implied his virility many times by mentioning all of his numerous kids and grandkids. He also showed my husband the battery in his back for pain management (T.M.I.!).

Next we ended up test-driving an H3. I think they look better than the 4 door Jeep Wrangler. When I drove it, I felt powerful. I kept growling and making Tim Allen macho sounds. My husband liked it a lot more than I thought he would. But the sticker price was too high. And I couldn’t even imagine the cost of new tires for that thing! 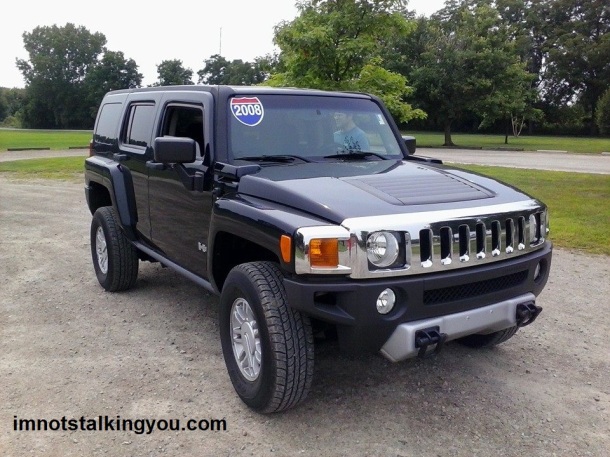 The H3 that we test drove.

There were lots of Ford Explorers and Escapes on the lots. I thought I might end up with one of them. I was really only interested in the Explorer for its movie cred–Ford Explorers were the vehicles in Jurassic Park. I credit that movie with starting the sales boom in SUVs in the 1990’s. If it can outrun dinosaurs, imagine what it could do in a volcano eruption or zombie attack…

So what did I end up getting?

Well, it IS a Jeep. Just not my red Wrangler that I dream of. Not yet, anyway.

It is a 2011 Jeep Patriot. It is newer with less miles than I had thought I would be able to find. A pleasant surprise. 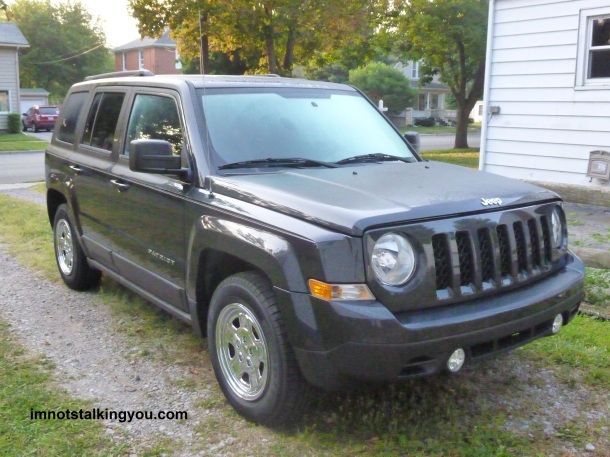 It is sooo weird to have a new car after almost 11 years.

You know what you have to do when you get a new car, right? You have to take a trip with it.