This week I was searching online for a picture of a thin male actor with shaggy blond hair in his 20’s I could use for some inspiration for a character in one of my novels. I tried Shaggy Rogers, but he is too animated. I tried to look up Disney actors, but they were all too buff or Zach Efron. I ran across a picture of Devon Sawa. I thought he might be perfect, if only I could find a picture of him a little older.

This week I learned that Devon Sawa grew up and got buff. 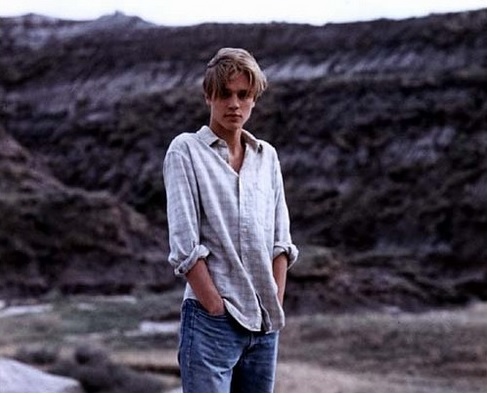 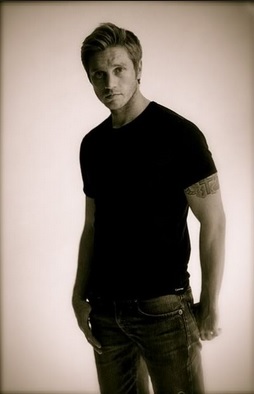 Of all pictures of him on the Internet, he is skinny and young, or older, with muscles and tattoos. Not that that is a bad thing! It just isn’t what I was interested in for my character.

I also found out that Devon Sawa still acts! I just assumed, as happens to many teen heartthrobs, that after Night of the Twisters and Final Destination, he went off to college or something and never came back.

Apparently one of his more notable recent acting jobs was on The CW’s Nikita. I noticed that while he still keeps some of his young Devon sweetness, mostly he is all muscles and action now. He even got his gap-toothed smile fixed, which totally changes how he looks and talks. (It makes me a little sad.)

This leads us into the second thing I learned this week: The CW’s Nikita is a really good show.

I looked for it on Netflix, and IT WAS THERE! That NEVER happens!

I just started watching it this week. It actually aired from 2010-2013. Dang. It appears I found it about 6 months too late.

There have been a lot of previous versions of stories about Nikita. Just the ones I am aware of are:

My asbestos friend totally loves the USA TV series La Femme Nikita. She doesn’t write about entertainment on her blog, as I do. But if she did, she totally would have written about that show by now. I have never watched it.

Devon Sawa doesn’t show up until the fifth episode on CW’s Nikita. By the time I got through the first four episodes, I was hooked.

I was afraid that I wouldn’t be able to follow the black ops type plots, or that I wouldn’t like the characters. I was worried there would be nothing for me to like about it.

The plots seem to be simplified, for people like me. I hate that they feel “dumbed-down”, but I like that I can watch it at 3:00AM and still follow the action with a cloudy brain and bleary eyes .

I don’t really like or hate Maggie Q, the actress who plays Nikita. But I love Shane West. I love Devon Sawa. And I was sooo pleasantly surprised to discover that Melinda Clarke (Julie Cooper-Nichol-Cooper-Atwood, herself!) is a regular in the cast. (Thank you, McG!) Clarke is sooo under-appreciated. She is under-used in the episodes I have watched so far, but I have a feeling that may change.

There is an actress named Lyndsy Fonseca who has a very big part as Alex. She is kind of a double agent. She has hair so amazing I start watching her hair and forget to listen to the dialogue. She looked familiar, but I didn’t know from where. When I looked it up, to my surprise, she played the “daughter” on How I Met Your Mother! The poor daughter who was stuck on the couch for eight years listening to Ted’s rambling story. 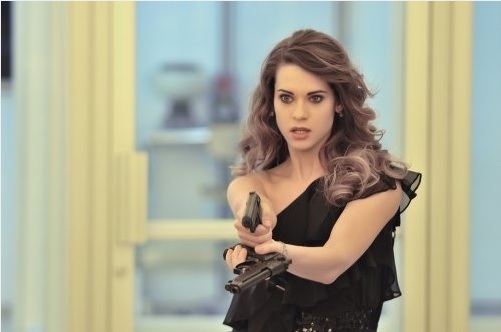 Fonseca is really good on Nikita. She can do more than just stare into a camera and look bored.

The show is a lot about missions and training and revenge. But as it is the CW, there are lots of hot guys with their shirts off who care more about the women around them than they let on.

Shane West performance as Michael, Nikita’s mentor, enemy, ally, love interest mesmerizes me. Admitted, so far his part mostly involves a lot of brooding. But there is a great scene where he finds out Nikita is alive after believing that she is dead. The emotions that cross his face are great. In real life, his boss would pick up on that in a moment and kill him for having feelings for her (but we will ignore such realism;).

I got to Season 1, Episode 9, One Way. It is the first time we see Michael and Nikita working together, side by side. I was so enthralled that I literally had to tear myself away from the TV and go to work. It was brutal, having to wait 8 hours to watch the final 10 minutes of the episode. I forgot my cell phone at home, so I could not even cheat and watch it on my lunch [half] hour! Then I came home and could not tear myself away from watching Nikita to go to bed. I blame the Netflix feature that automatically starts the next episode when the one you are watching has not yet reached the end of the credits.

So, ya. Now I have to watch all four seasons. I love the act of binge watching, but it really f’s up my life.

And, oh ya, I also found the body type I wanted for my story character: 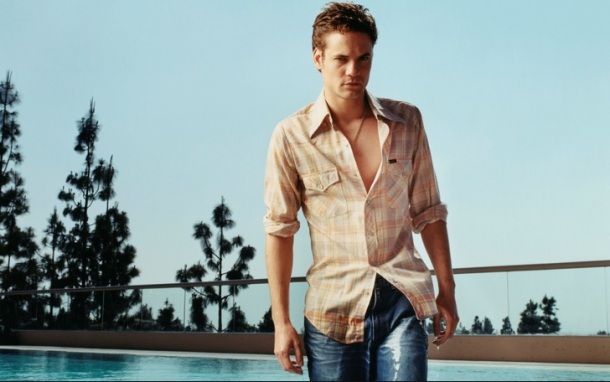 Oh, and I am spending time dodging Facebook messages from my former high school classmates who want my address to send me an invite to our 20 year class reunion. We haven’t had any reunions before, why start now?

And, they totally must not read my blog. >:) [Insert evil laugh here.]

This week learned that the Fearless books are being re-released in new editions. 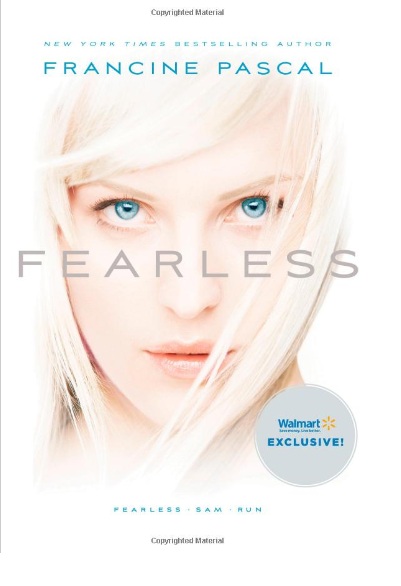 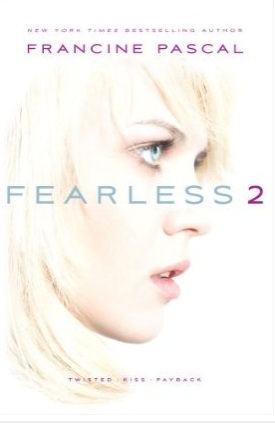 I saw these at Walmart and left a big puddle of drool on the floor. The new covers are hauntingly cool, although I hate change, so I will always like the first generation of covers the best.

I almost bought them for the sake of having them and supporting the series, even though I already own them all. What stopped me was the typeface. In the original editions of the series, there were no actual chapters, just a typeface change that signaled a character, location, or time shift. This was AWESOME!

In the new books, they have converted that unique typeface, and now the only thing that sets it apart from the rest of the page is that it is bold. Bold? How lame.

But sooo excited to see these re-released, although they might feel a little dated to new teen readers.

I severely hope that this means a movie is on the horizon.

Remember, I already have the soundtrack selected;)