The Skelton brothers have been missing from their home in Morenci, Michigan for 2 years today. TWO YEARS!

In honor of that, today I am going to re-blog a post I wrote about them and the reason I feel connected to them from August. But I also wanted to add a few new notes.

When I wrote the blog in August, I wrote it from the perspective the police had, that they must be deceased by now. But I have changed my mind since then.

Because of a girl named Jaycee Dugard. She was missing for 18 years and, against all odds, was found alive. Damaged, but alive. She lives the life today she should have had all those years. But she is alive. This gives me hope that Alexander, Andrew, and Tanner are too.

Yesterday, my husband, my son, and I attended a remembrance ceremony for them in Morenci. In a way, it all felt pointless. But another part of me can see that it is not.

A fraction of the crowd that showed up at Wakefield Park in Morenci, Michigan for a plaque dedicated to the three missing boys.

Q. Why release age-progression photos of them when it has only (ONLY!) been 2 years and they have not changed that much?

A. Well, because it has been 2 whole years, they have changed some, and most important, it gets the news media to cover it again.

Q. Why have a ceremony? The boys aren’t going to walk by as all those people are in a park honoring them, a park that has been searched many times over…

A. It reminds the community. There are power in the number of people that still care and came out to show it. And it gets the news media to cover it again. 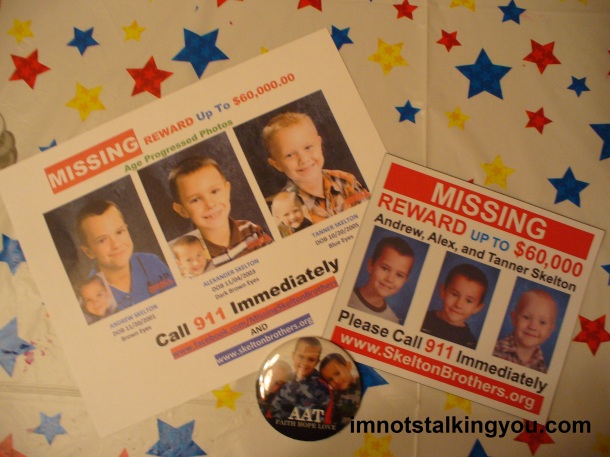 New search materials from the 11/25/12 activities

The point of all this is to keep those three smiling faces in the front of everyone’s mind.

I guess I feel like I have to justify to myself why I care about these missing boys I didn’t know and had no connection to, except that they probably camped at the same campground as my mother-in-law. But the justification can be found in my blog of August.

Why blog about it again?

…to keep those three smiling faces in the front of everyone’s mind.

Click here: I thought they would have found the missing boys by now https://imnotstalkingyou.com/2012/08/28/i-thought-they-would-have-found-the-missing-boys-by-now/

Comments Off on AAT

I thought they would have found the missing boys by now

I had my son the day after Thanksgiving, 2010. We were in the hospital for four days. I felt like I was on a vacation for those four days. A vacation where they cut you open, remove a person, don’t let you sleep or leave the room. As you can guess, I lost touch with the outside world over that long weekend. 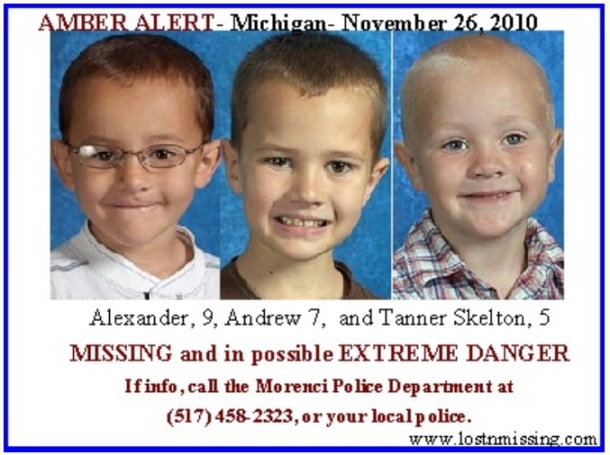 So when I got home, I was surprised to hear about this big story in the local news that was in full swing. A father had failed to return his three sons to their mother on the day after Thanksgiving in Morenci, Michigan. Pictures of the three boys angelic faces were plastered all over the news and businesses. The father gave some bull-shit story about giving them to some woman and that they were safe. Big groups of volunteers searched the rural farm country and woods near Morenci. My husband’s best friend was one of them. But not a trace was found. I was concerned for my husband, because he goes deer and turkey hunting in that area. I didn’t want him to be the one to discover their bodies in some secluded wooded spot. But he hasn’t gone hunting since my son was born. (My husband has been a little busy nurturing our offspring.) 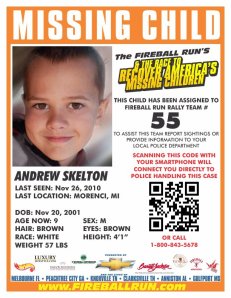 The police department has since declared the case a homicide investigation. In lieu of finding the bodies, the father was charged with kidnapping. I know cases can go unsolved indefinitely, but…I thought they would have found the missing boys by now. Whose “they”? Anyone. The police, a farmer, a concerned citizen. It is coming up on two years since they went missing. That is two spring plantings. That is almost two harvests. That is several hunting seasons. Floods. Drought. It seems like something should have unearthed them BY NOW! I can understand one body laying undiscovered, but three? 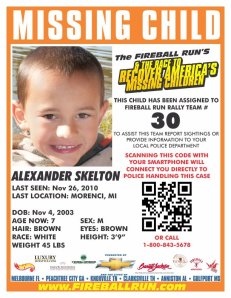 I wanted to write about this case because it bothers me that it is still unsolved, as I’m positive it bothers the Skelton boys’ mother, family, and anyone who heard and remembers the news story. (Obviously it doesn’t bother the ass-hole dad who isn’t talking.) This story makes me feel all (to quote Phoebe Buffay) floopy inside. In a bad way. I believe it might be because it could have just been another news story to me. Except at a time when I was just bringing a life into the world and just beginning to learn to be a parent, all that was ripped away from someone else–threefold. So, read my blog, take a good look at their pictures. If you see anything suspicious with three kids that look like them, report it. If you have lots of land or unused outbuildings, give them a look. Especially if you live in Lenawee County, Michigan or nearby Fulton County, Ohio. 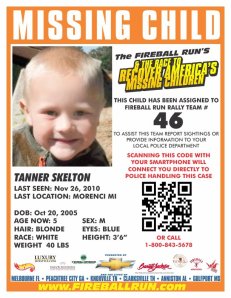 Here is a link to the Facebook page dedicated to finding the boys: Missing ~ Skelton Brothers, Morenci, Michigan