RSS Feed
← Excerpt: Chapter 2 of Be Careful What You Wish For
Dopey Sock Syndrome →

On this, the 28th day of February, but not the last, I wanted to talk about the Syfy series 12 Monkeys.

I have wanted to see all of season 1 for a long time. Really since I became hooked on Nikita. It was while I was watching Nikita that I realized my favorite character on the show was Birkhoff. He was supposed to be the sarcastic comic relief, I supposed. But as I got further into the series, I realized I was then ONLY watching to see Seymour Birkhoff. 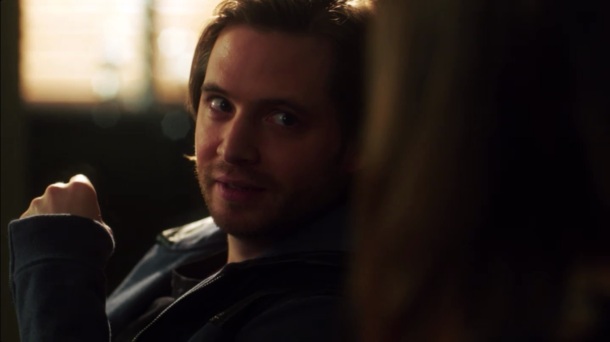 Aaron Stanford as Birkhoff on Nikita

Birkhoff was played by Aaron Stanford, who I then looked up and realized was also Pyro in the X-Men movies. He must be a good actor, because Pyro was such an asshole that I couldn’t stand him.

Shortly after I finished Nikita (I was late to the party), 12 Monkeys premiered. (Maybe his Stanford’s goal is to only be on TV shows based off of movies?) Not having Syfy, I watched the first few episodes free on their website before they cut off the freeloaders like me. I had to wait another year for it to be released on DVD. I didn’t know from the first four episodes if I would want to buy the whole season on DVD or not. By the time Syfy released it, I don’t have the money now to buy it if I wanted to. I went to the video store to rent it. The season was split across three discs, all of course were checked out at the moment. The video store employee was lovely enough to tell me that they only received in one of each disc. They could have not told me that; I was left feeling very hopeless.

This week I was lucky enough to get my hands on them. (I rented each disc on a different day. I didn’t want to be a pig and have them all out at once, as I am sure others would do.)

Sooo good. By the end, there are a lot of plot points being juggled–possibly too many, time will tell. (Time, get it???)

The show grows from being about the big plague that trashes mankind and the time travel experiment to stop it to a mix of the 12 monkeys conspiracy (unfortunately, at the end of season 1 this still isn’t clear), the West 7 trying to gain control of the facility in 2043, the Daughters, creepy, blue-faced guys from the future, and a Cole vs. Ramse rivalry. There is at least one entire episode where Cole is missing. I believe this is a mistake, because while the cast is good, the show drags anytime Cole is not on the screen. I am never quite so pulled into this new world that I forget I am watching actors from Nikita and Fringe. FYI–Not finding a way to use Melinda Clarke is a BIG mistake. 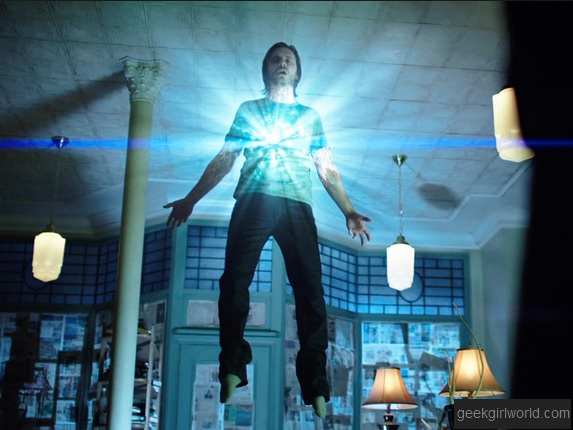 Cole in a scene from “Paradox”

I really believe Aaron Stanford got both the job on Nikita and 12 Monkeys because he can fake being in pain very well. Cole spends a lot of time getting his ass kicked. The next to the last episode “Paradox” feels like the best of the season. Cole is dying from time travel poisoning, and Dr. Railly teams up with an unlikely ally to save him with an unorthodox and dangerous solution. In the process, we get to see a young James Cole in 2015. I let out a big “Awww” on my couch as did Cassie in the show when we set eyes on him. He is just some generic child actor, but still moving. Ensuing events lead to Cole being naked (!!!) and trapped in 2015: two things I was always rooting for.

My biggest complaint is you can tell that Cassie and Cole like each other, that the writers WRITE it that way on purpose. And by the end of season 1, most of the earlier obstacles to this have been removed. And they STILL don’t get jiggy with it. They don’t even kiss. Cole desperately needs some 20th century loving. If he doesn’t get it from Cassie soon, then he just needs to go looking elsewhere. Crazy Jennifer would willingly give it up to him. I bet she would be cray-cray between the sheets as well. 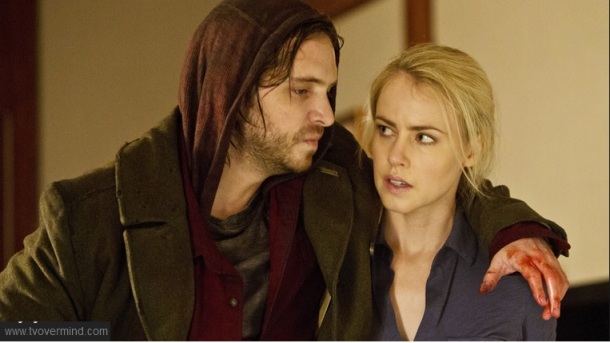 While I feel today’s dramas rely too heavily on the cliffhanger crutch at the end of each episode (remember when they only did that at the end of the season?), it is highly effective on this program. Cole is the lead in the show. I was only halfway through the season, but they CONVINCED me that he was dead. How can I not be eager for the next episode, believing there is no way that they can write themselves out of this.

It is going to be a very long wait until season 2 for me, as it doesn’t even premiere until April 18, 2016 on Syfy. I hope the show doesn’t experience a sophomore slump, finding they have too many story lines to juggle. Just in case, everyone should go out and buy 12 Monkeys season 1 and watch it right now. But DO NOT go out and rent it. It needs to be available to me for any future rentals…

(Whatever happened to predictability…)

Follow the romantic entanglements of The Riley Sisters in my books:
Be Careful What You Wish For – AVAILABLE NOW!
When You Least Expect It – CLICK HERE TO WIN!
The Wind Could Blow a Bug – WHERE IT ALL BEGAN!