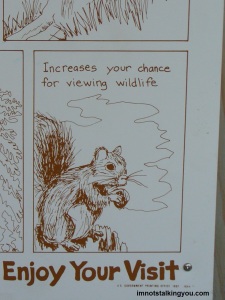 Doesn’t this totally look like a pot-smoking squirrel, using his nut as a bong?

I hate squirrels. I see them as worthless vermin. Some people feed them and think they are cute. Not me. Some people buy greeting cards with pictures of squirrels on them. I use those cards as a dart board.

My distrust stems from an encounter I had with a squirrel when I was young, a preschooler. Apparently someone in the small town I lived in had raised a squirrel from when it was a baby. Hence, eradicating it’s natural fear of humans. But it grew up and they released it into the wild. Now, I refer to this as half-tamed. Apparently the squirrel had attacked a girl down the street. But no one tried to catch it.

Then one day my mom and I were sitting on our front porch, minding our own business. She was reading a letter from her friend in California. Luckily for me, they wrote each other thick letters. The half-tame squirrel ran up and attacked me. I don’t really remember it, I remember my mom telling me about it. (I probably blocked it out of my memory for continued sanity.) He scratched and bit me. My mom beat him off with the letter.

Our next door neighbor was an RN, so she fixed up my wounds. My mom rented a live trap from the DNR and finally caught the thing and they hauled it off. I have hated squirrels ever since. Which, is like, over 30 years. I am good at holding a grudge.

One time I was taking a walk at work with my green-haired co-worker while we were on break. We saw a squirrel and she threw a stick at it. The stick hit close to it, bounced, and the squirrel ran—in the direction that the stick bounced. Hence, the stick totally hit him right in the head. The funniest damn thing I have ever seen! I wish we had taped it for YouTube.

In my current house, we have a big old maple tree in the backyard that the squirrels love to live in. If we were in the country, I would shoot them with a gun. The squirrels drive my German Shorthair Pointer nuts. They sit in the tree and “bark” at my dog. Sometimes they sit up there and scratch themselves. I just know they are flicking their fleas and lice down at me. Yuck. Filthy, gross beasts. The worst is probably when the dogs are on the 20 foot lead. The squirrels know that. They will stay just beyond where my Pointer can reach them and taunt him.

My house if over 100 years old. Several years ago, we redid the dining room ceiling, removing the plaster. As we hit the ceiling to break up the plaster, we could hear nuts up above the lathe. In the past, those nasty animals were living IN my house. Last year one squirrel moved into our garage. It isn’t a finished and nice garage, but I still don’t want vermin in it. I would open the garage door and startle the squirrel that would scurry away, in turn startling me. Sometimes he would dive across the small distance between our house roof and the garage roof, just as I was letting dogs out, driving them crazy.

A couple months ago, I let my dogs out into the backyard and was standing around, minding my own business while the dogs tended to theirs. Just then there was a commotion and all of a sudden I had a squirrel running at me at full speed, with my Pointer just inches behind him. Parker must have smoked him out of his hiding spot by the house somewhere. I screamed and jumped, which is the natural reaction when you think a squirrel is going to jump up your leg. The squirrel, realizing I was between him and his favorite tree, made a hairpin turn and headed for the garage instead. He leaped up onto the fence gate, that is attached to the garage. He stumbled, and Parker almost got him. But no such luck. The squirrel clawed his way up the garage siding, leaving me and my dog with our hearts beating out of our chests.

When I envisioned this post six months ago, I didn’t have a good ending for it. Now I totally have great closure. The stupid squirrels would use a barrel that sat next to the garage to help them climb to the roof. I had not noticed the squirrels jumping up that way for a few months. Then our neighbor realized there was a dead animal in the barrel. Everyone thought it was a raccoon. When my husband removed the carcass, it turned out it was two dead squirrels. Wow. Mother’s Day had come early. I couldn’t have been happier. Couldn’t have happened to a nastier animal. Except maybe bats. One time we had one of those drown in a storage container in the attic. But, that’s a different topic.