Yes, I am once again using my blog as a form of personal therapy.

One of my friends has a daughter who is only ten years old. She is a very normal, beautiful, smart, outgoing girl to look at her. But she is already beginning to struggle with feelings of not dressing cool enough or being cool enough. She is already starting to believe when she looks in the mirror that the person who looks back at her needs to be changed in some way. She thinks the person deep down inside of her isn’t “enough”.

That is how it all starts.

And if she lets it eat at her, then she will start to dislike herself. And once that stone of self identity is etched, it is very hard to grind it off again.

Then she will be 39 and having conversations like this:

This seemed to confuse him. He isn’t ten yet.

The next few examples are GLBT related. I don’t have that experience, personally. But I still find it relatable. I only have personal experience knowing what a middle school girl with low-self esteem struggles with. Someone having to struggle with revealing a sexual preference must have the same anxiety x 1000.

I watched Bruce Jenner’s interview with Diane Sawyer a few weeks ago. I thought he did a really good job of conveying how hard it was for him all these years to hide something very basic about himself: he is actually a transgender woman. Over the years, family members found out about pieces of his struggle, but he still was not able to reveal the full picture until recently.

I watch the ABC drama Nashville. For three seasons, Chris Carmack has played the character of Will Lexington, a country singer trying to hide from everyone, including his wife, that he is actually gay. He finally announced that he was gay publicly to the press in the Season 3 finale. The writers did a good job; I could actually FEEL his relief of removing his hetero mask, even though it is going to create many more issues for him. 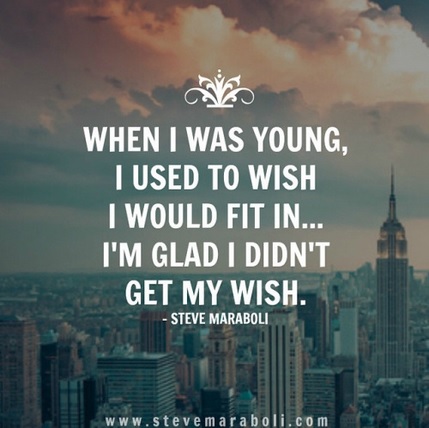 I realized after 39 years, that I should live my life by being “the real me”, and not a fake me.

I found myself in job interviews, telling the interviewer what they wanted to hear.

“What comes first, your job or your family?”

I gave them what I thought they would want to hear, not what was in my heart. If my sweet boy is sick, he needs me to stay home with him.

I don’t even feel like they should be allowed to ask that question.

I love Dolly. I hope I get to meet her someday.

In being exposed to the first four scenarios above recently, the Universe has been trying to remind me to be true to myself.

Who is the real me?

I am still working on that. I probably shouldn’t take life advice from Internet memes, but I do.

The real me wants to be positive. She doesn’t want to have to have a fake personality for the world. Other people let their true selves hang out, warts and all. I want to be that person. I want to stop worrying about if the guy behind me in traffic is mad that I am not breaking the basic speed law. I want to stop worrying if I am standing too close or too far away to someone else in the check out line at the grocery store. I want to realize that I take up a space in this world and deserve my square foot as much as the person standing next to me. 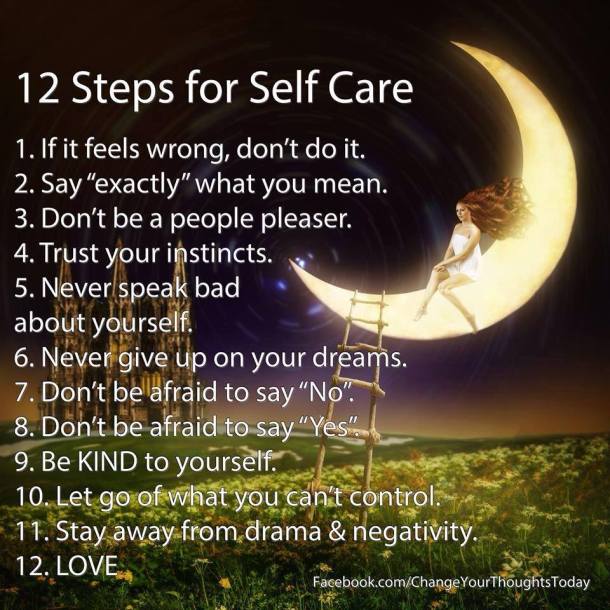 I am trying to live this now. To everyone except my mother, that is.

Anytime in my life I have ever revealed my true self to her, she has reacted badly. Such as when I once put a knife to my wrist as a teenager or got my ear pierced a second time or colored my hair an unnatural color or told her I had gone to church with my friend or told her I was pregnant or that I was not planning on doing her laundry for her the week after getting out of the hospital from having a C-section.

So, it is just easier if I keep my blog and book and tattoos and my grandma’s gold cross that I wear around my neck (not because I am religious, but because it was hers) a secret from her.

It has seemed easier until recently. Now it weighs me down a little more everyday. And she wonders why I get mad when I am in her presence. Because I am so tired of the act. I want to just reveal it all to her. But then I have to hear her opinion of it, and I don’t want to.

Because the only opinion that should matter, in the end, is mine.

Always be yourself. Nothing good ever comes from denying it.

Comments Off on Always Be Yourself