Who in the hell would ever want to go to camp? 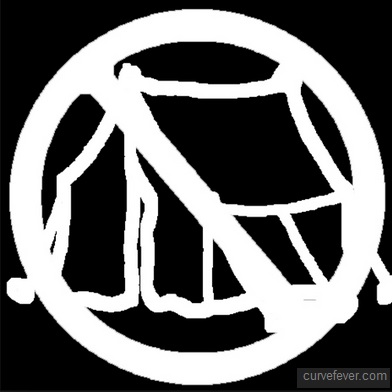 I thought “camp” was something only people on TV shows did. Then in elementary school, there was this horrible torture they put us through. We were actually supposed to go door to door and talk to complete strangers to sell them crap to raise money to go to 5th grade camp.

I was an only child who never slept anywhere except at home (There were only two exceptions to that:

Both times I stayed at my gramma’s house. I was distrustful of strangers. (Still am.) Kids are taught to fear and stay away from strangers. And then you go and tell them to knock on strangers’ doors? You send them off to camp to be taken care of by strangers?

How is this alright?

It worked out in my favor. My mom didn’t want to do fundraisers anymore than I did. She didn’t have the money to send me to camp. I didn’t want to go.

There was a group of about five of us who did not go to 5th grade camp. The ones who went were gone for a whole week.

Do you know what it felt like to stay behind?

I FREAKIN’ LOVED IT!

It was a small class. We didn’t have to do real schoolwork because that would have made us ahead of all the other students. We got to do busy work, watch videos, do arts and crafts. On Friday, we got to go on a field trip to the Lenawee County Historical Museum. Some would say that was boring, but it was the highlight of the week for me.  I’m pretty sure we probably got to eat lunch at McDonald’s too.

All the other kids returned from camp, with stories about bugs and bats, rain and mud and cold. They told tales of a golden toilet seat being hung around people’s necks. They seemed genuinely happy about these things. Sickos.

I heard gossip that everyone who went to camp got a T-shirt that they were supposed to wear on a designated day. I must have seen one, because I knew that they were purple with gold lettering (our school colors). I happened to have a T-shirt from Sleeping Bear Dunes* that was the same shade of purple, with white lettering. I wore it that day. I did not stick out like a sore thumb as my fellow non-campers did. (I found a picture of me in that purple shirt.  But I have a mullet, so I am not going to post it here.  All those pictures need to be burned.)

Score one for me.

I believe having all the campers wear their shirts all on the same day was a horrible idea. It set apart the five of us who didn’t want to or couldn’t afford to go to camp. Isn’t school supposed to push you into conformity for your society? I don’t think the T-shirt thing would fly these days. Lodge a complaint about the school forcing kids to alienate their disadvantaged classmates, and I think the TV stations would jump all over that.

Just when I though that camp shit was done for good, 8th grade camp rolled around. This time the students were only to be gone for three days. I stayed behind. Again.

IT WAS THE BEST TIME EVER!

I think there were eight of us who didn’t go. Everyone’s reason was probably financial, but I definitely did not want to, even if we could have afforded it.

By then I had hit puberty. I was a raging ball of hormones. The cute “bad boy” I had a crush on stayed behind as well. I had plenty of time to flirt with him. The cute substitute teacher was in charge of us. We watched “Bill & Ted’s Excellent Adventure” (that might be stretching the definition of ‘educational video’ just a little). I discovered that Keanu Reeves was cute!

I wonder, in retrospect, if I could have just skipped those days of school. How can the school system kidnap you to leave your home and live with your horrible enemies for a week? Can they really enforce the attendance policy if you are not down with that?

To this day, that school district is still tying “camp” to school. WTF? And think of when school is in session, and what the weather is like…in MICHIGAN! Spring and fall, it is always cold and rainy.

But the kids still go.

The school system fools the students and the parents into believing that paying money to live in inferior conditions is a good thing. Fun even.

HOW DO THEY KEEP FALLING FOR THIS?!

I am all for “camping.” Going out in a tent or RV to spend quality time with your family (including dogs). I enjoy doing a little rustic cooking and bonding in front of a fire almost as much as the next guy. Spending time in nature can be relaxing.

But paying to hang out with strangers and rough it? Having to do activities they dictate like Nazis?

I considered having a kid to be a life experience that I should probably do, because I only live once.

Camp? Not so much.

* Sleeping Bear Dunes is my favorite attraction on the west coast of the northern lower peninsula of Michigan, near Traverse City.