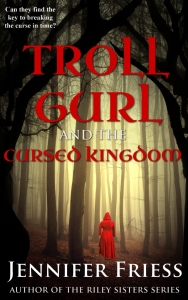 Troll Gurl is my attempt at writing a fairy tale. I don’t know if it was too much of ABC’s Once Upon a Time or reading Gabaldon’s Outlander, but this is just how Ginny and Jeremie’s story presented itself to me. I’m calling it new adult, but really it is the story of her entire life, from birth to age twenty. It could almost be young adult, except for the gratuitous sex scene (as is the case with all my books).

I had some issues I wanted to explore in this book, and I guess it was easier for me to do if a fantastical element was involved, where they all lived in a time so far removed from my own. But human nature is the same, no matter time or place.

I wanted to do something close to traditional romance writing with The Riley Sisters, to see if I could do it. And I think I, more or less, accomplished that, adding my own flair. But it left all the heroines feeling whole AFTER or BECAUSE they found their man. Don’t get me wrong, I love to read that kind of story. But in Troll Gurl, I made a conscious effort to make Ginny grow to be a full, satisfied person before she finds love in her life. Was I successful? Well, only you can be the judge of that! While the prince does save Ginny’s life in this book, she reciprocates by saving his as well.

This is my fourth book published in just under two years. I often regret not publishing sooner in my life. I always took writing seriously, but for personal pursuits such as a dream journal, amusing myself & my friends, and keeping my sanity. But really, in those years I was accumulating the experiences I write about now. So, if I am honest with myself, I never really lost anything. It was all a gain. But knowing how much those experiences hurt at the time, it is hard to look back on them with a positive light. They still try to dim the brightness.

There are five poems in the book that separate it into five sections. They were not written specifically for this book, but they fit so well you will think that they were. I pulled them from my archives, with dates ranging from 1994-2013. 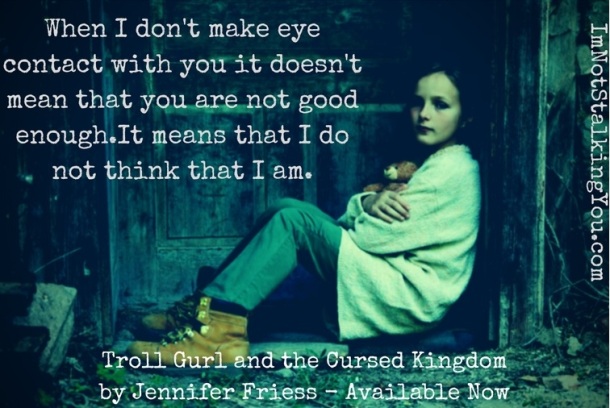 Comments Off on NEW RELEASE! Troll Gurl and the Cursed Kingdom